A Brief History into Applied Kinesiology 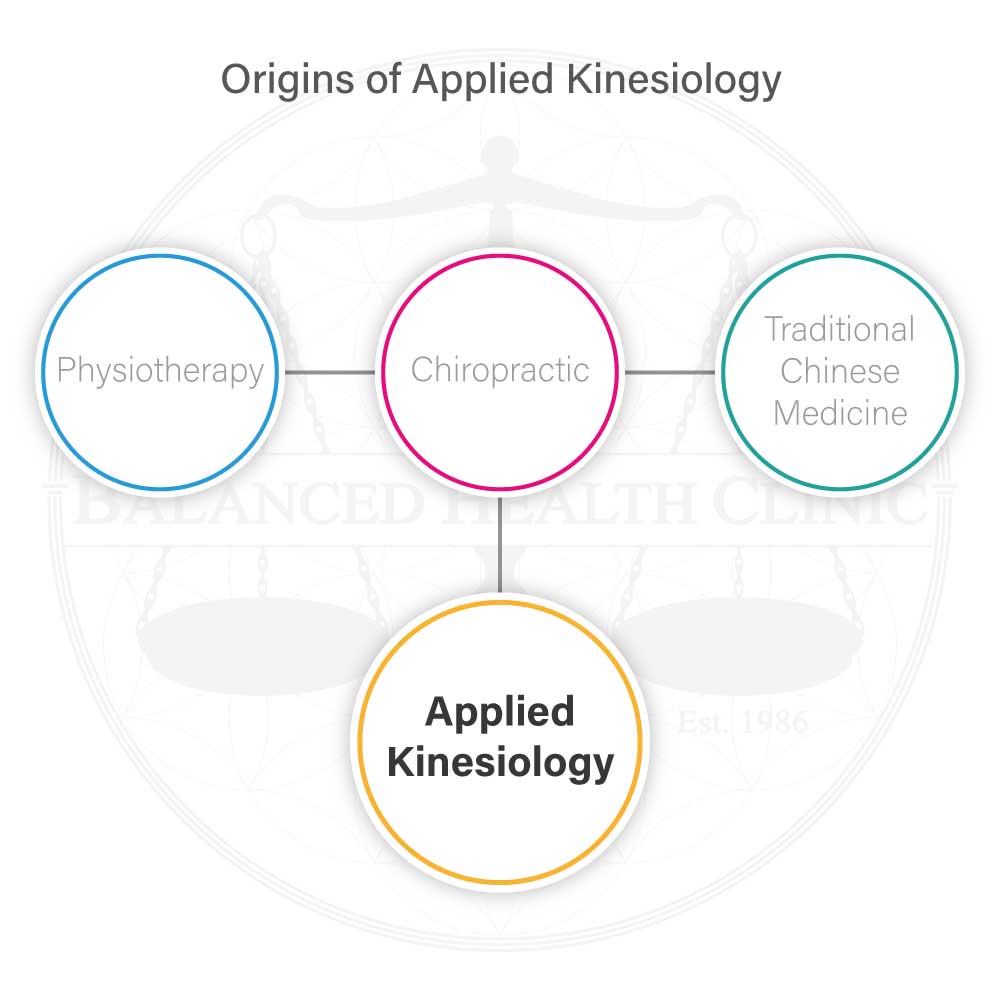 Where does Kinesiology come from?

Muscle testing was first used in the early 20th century to measure muscle weakness in polio victims. In 1949 Kendall and Kendall, two physiotherapists had developed specific ways to test individual muscles for other neuromusculoskeletal conditions.

In 1978, Kinesiology was adapted by John F Thie, who developed Touch for Health Kinesiology, making it accessible to the non-professional public.

Dr George Goodheart DC and the creation of Applied Kinesiology

Applied Kinesiology was originally developed by Dr George Goodheart DC., a second generation chiropractor, in the early 1960’s. He discovered the relationship between Chinese meridians (used by practitioners of Chinese medicine including acupuncturists) and muscle groups, organs, and glands in the body. By testing the resistance of a muscle when a small amount of pressure is applied to it, weaknesses and imbalances in its corresponding meridian could be distinguished. The technique was developed into the system of Kinesiology known as Applied Kinesiology that was used mostly by medical related practitioners such as dentists and chiropractors.

In Dr George Goodheart’s own words,

“Applied Kinesiology had a simple beginning in 1964, based on the conceptthat antagonist
muscle weakness is involved in most muscle spasms and, indeed, is primary.”

Basically, Dr Goodheart’s discovery of Applied Kinesiology started out of his observation that basic Chiropractic adjustments often were not providing complete relief for physical disabilities and that the problem seemed to be related to muscle spasms that were not being released. In 1949 a study by Kendall and Kendall looked into the original methods of testing muscles which led to the main diagnostic tool of muscle testing that is now used in Applied Kinesiology. Dr Goodman, together with his colleague Dr Alan Beardall DC changed the timing of the muscle testing procedure to provide an assessment of the control of the muscle by the nervous system, rather than an assessment of the power that the muscle could produce.

Dr Goodheart observed that inhibited muscles often displayed none of the visible deterioration that he expected to find in a physically malfunctioning muscle. He also observed, through palpation, discrete painful nodules at the muscle insertion. Wondering if these nodules might be trigger points for the muscle, he deeply massaged these nodules and found that the muscle immediately regained a high percentage of its strength and that the nodules became less painful. (ref: Goodheart, 1964)

By continually asking “why is that?” Dr Goodheart has found the answers to many health questions. Dr Goodheart’s observations have been annually published since 1964. As the result of Dr. Goodheart’s sharing the knowledge in applied kinesiology has snowballed with contributions from students of Dr. Goodheart.